Closed-End Pop Rivets are often referred to as sealed blind rivets, or sealing rivets because they create a watertight seal when installed properly, making them a popular item in the boating,automotive industries,electronic and electrical applications.

Closed-end blind rivets are a type of tubular rivet with a mandrel through the center. To install a closed end rivet, the entire fastener is inserted through drilled holes in the parts being joined, and a special tool is used to draw the mandrel into the rivet. The blind end of the rivet expands to secure the workpieces, and the mandrel snaps off. Unlike open end blind rivets, closed end blind rivets provide 100% mandrel retention. Higher tensile and shear strength than the equivalent open end rivet.Closed end rivets are used to attach materials quickly and efficiently. Closed end pop rivets provide a complete mandrel retention which gives the sealed rivet a higher tensile strength.

Close end rivets provide an extremely effective way to create watertight seals for a wide range of applications. The head of the mandrel stays inside the set rivet, and won’t find its way into your assembly where it could cause electrical shorts or other problems. Closed end rivets block the passage of fluids and gases to create a tight, secure seal. Seals out moisture, air and other contaminants.The improved tensile strength and mandrel retention provide increased performance and better overall sealing capabilities compared to open-end rivets,

so closed end rivets help to creat a seal to prevent air and moisture leakage,Sealing Rivets differ from a standard blind pop rivet due to their closed end which creates a watertight seal.

Some of the common applications associated with closed end blind rivets include signs, electronic enclosures, scoreboards, LED displays and more. 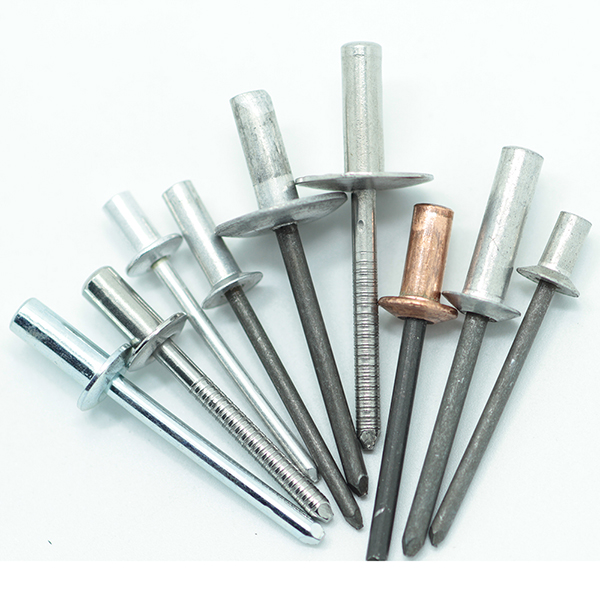